Qualifying Kicks Off US Clay Return 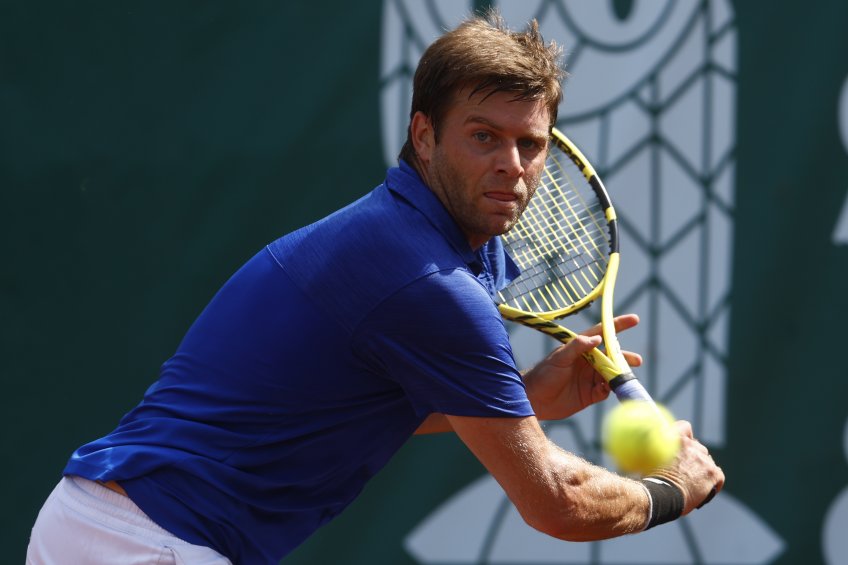 
Eight qualifiers advanced in the quest for the final four main draw spots. Qualifying wraps up on Sunday at 11 a.m. and fans get free admission at River Oaks.


American brothers Christian and Ryan Harrison will face each other on Sunday at 11 a.m. on Court 3 after advancing through the first round of qualifying. Ryan Harrison, who obtained his first career ATP Tour win at River Oaks in 2008 at age 15, upset No. 2 seed Bjorn Fratangelo 6-4, 6-3. Christian moved on by walkover. This is the first battle of brothers in qualifying at River Oaks since 2014, when Mischa Zverev won over his younger brother Alexander Zverev, the Tokyo Olympics gold medal winner and current World No. 4.


Gijs Brouwer opened the day by knocking off top-seeded Tomas Barrios Vera 6-4, 6-2. Brouwer, who eyes his first career ATP Tour main draw, faces No. 7 seed Steven Diez on Court 7 at 11 a.m. Sunday. Diez knocked off American Zachary Svadjda 6-3, 6-2 to advance to the final round of qualifying.


Moez Echargui, the first player from Tunisia to play at River Oaks, upset No. 6 seed Gonzalo Lama off a third set tiebreak 6-3, 4-6, 7-6(5). Echargui will be the second match on Court 7 on Sunday and goes up against No. 4 seed Max Purcell, who defeated American Donald Young 6-2, 6-2.


With Echargui and Peru's Juan Pablo Varillas playing in River Oaks this year, 60 countries have now been represented since 2008.


Main draw action for singles and doubles begins on Monday at 2 p.m. Times for the first round main draw matches will be announced Sunday. For more information, visit mensclaycourt.com.