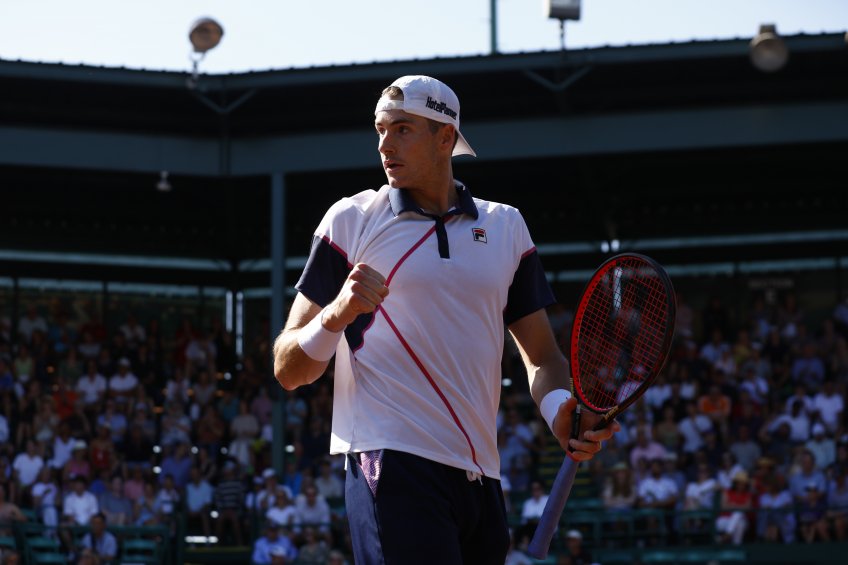 The No. 3 seed Reilly Opelka will take on former champion and No. 4 seed John Isner in the ninth All-American final of the Fayez Sarofim & Co. U.S. Men’s Clay Court Championship at River Oaks Country Club on Sunday.


Play begins at 2 p.m. on Stadium Court. The final will be available to watch on ESPN3 and can be viewed here.


This will be the first all-American ATP Tour final on clay since the 2018 US Clay singles championship (Steve Johnson def. Tennys Sandgren 7-6(2), 2-6, 6-4). There have been eight previous all-American US Clay finals.


Opelka (6-foot-11) and Isner (6-foot-10) will face off in the tallest final in tournament history.
They meet for the sixth time on the ATP Tour, with Opelka winning the head-to-head battle 4-1. The Americans squared off in semifinals in Dallas in February and played the longest singles tiebreak in ATP Tour history. Opelka won the tiebreak 24-22 to clinch a 7-6(7), 7-6(22) victory en route to his third career title.


“(John) has had a lot of success here before and has won here before,” Opelka said. “I don’t think anyone likes playing John, but we’ve played each other a bunch. It’s just part of the game.”


With an 18-10 record in the tournament, Isner’s semifinal win now makes him the winningest active player at US Clay, surpassing Sam Querrey (17-11). Isner (36) is the oldest US Clay finalist in the Open Era, and is bidding to be the oldest champion since 33-year-old Andre Agassi won the 2003 title.


“(Reilly) has beaten me the last handful of times and has been better than me in those pressure moments,” Isner said. “We have a lot of similarities. We share the same agent. Our parents are friends and we’re friends. (Playing him) it is what it is.”