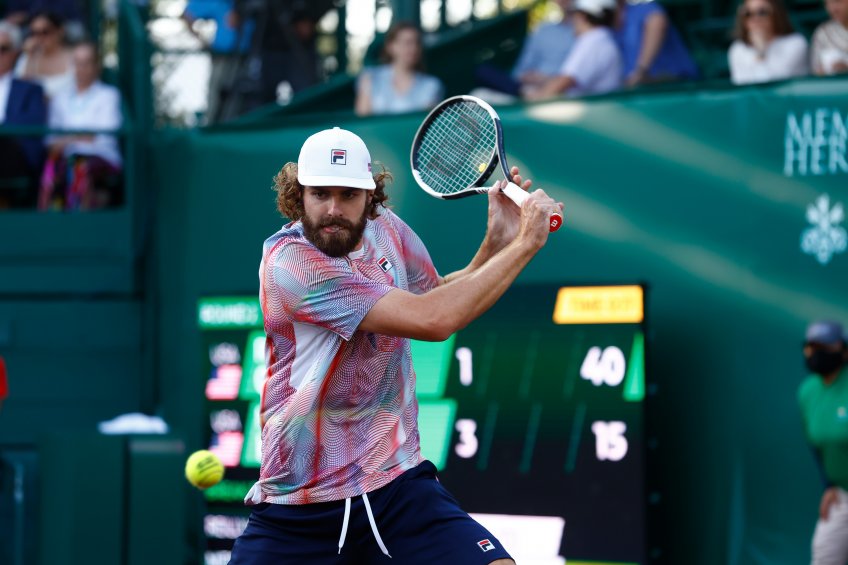 
Despite losing the first set, Opelka climbed back to defeat fellow American Mitchell Krueger 3-6, 6-2, 6-4. Opelka, who claimed his first career victory at River Oaks in his fourth appearance, extended his winning streak in Texas to five matches after winning his third career title in Dallas in February.


“(Krueger) came out swinging and he was playing free on that court,” Opelka said. “I haven’t played on clay yet (this season) and he’s three matches in and it changes the momentum. It was a good win. It shows I’m more open-minded to different court positions, different tactics, different techniques that allows me to find more ways to win when my plan A and plan B doesn’t work.”


Kyrgios upset No. 7 seed Tommy Paul 6-4, 6-2 to punch his ticket into his first Tour-level quarterfinal on clay since 2018 at River Oaks.


“I’ve seen him do well the last couple of years. He’s super talented and super dangerous,” Kyrgios said of Paul. “I knew I had to go out there, keep my head down and serve well. I’ve been serving well so I wanted to continue those good habits.”


Lucky Loser Michael Mmoh opened singles play with his first career clay court win with a victory over two-time River Oaks finalist and fellow American Sam Querrey 6-2, 6-4. Mmoh, who replaced No. 1 seed Casper Ruud after he withdrew (wisdom tooth), became the first US Clay Lucky Loser to reach the quarterfinals in the Open Era. He is also the fifth Lucky Loser in tournament history to win a match.

Houston-born Gijs Brouwer (No. 361 ranking), who is representing the Netherlands, became the lowest-ranked quarterfinalist on the ATP Tour in 2022 after defeating former Ohio State All-American J.J. Wolf 6-1, 6-1. He is competing in his first-ever ATP Tour main draw.


Play continues at 12 noon on Thursday. The singles matches on Stadium Court will be available to watch on ESPN3. Click here for the online links and the rest of the TV schedule.