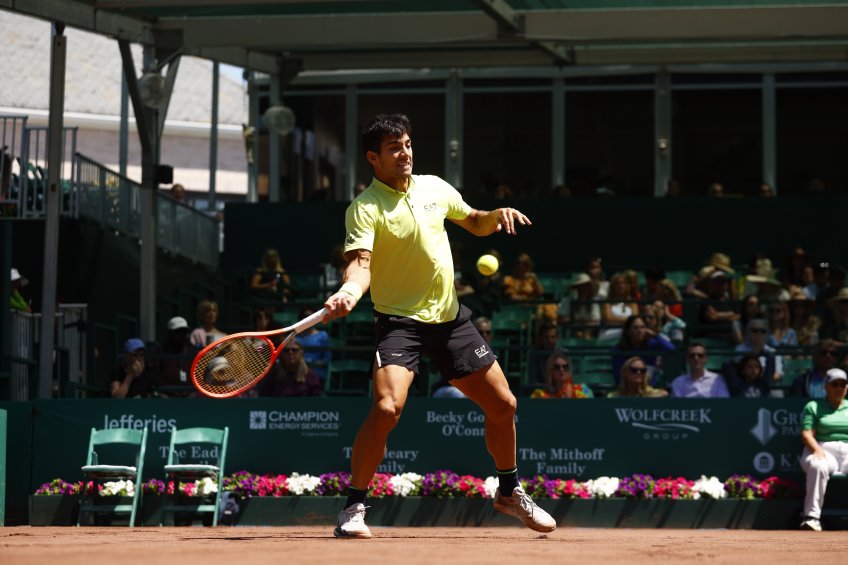 A trio of Americans and defending champion Cristian Garin captured victories on Thursday to advance to the quarterfinals of the Fayez Sarofim & Co. U.S. Men’s Clay Court Championship at River Oaks Country Club.


There will be five Americans (Michael Moh, Reilly Opelka, John Isner, Frances Tiafoe, Taylor Fritz) in the quarterfinals at River Oaks in 2022, tying the most at US Clay in the Houston-era. This will be the third time in the last four tournaments at River Oaks where five Americans were a part of the final eight.

John Isner, the 2013 champion, hit a US Clay record 38 aces and saved a match point in his 6-7(1), 7-6(4), 6-3 win against two-time champion Steve Johnson on Thursday night. Ironically, the previous tournament record of 35 was set by Isner in the 2017 River Oaks quarterfinals.


After dropping the first set, Garin climbed all the way back to beat Australian Jordan Thompson 3-6, 6-3, 6-3. Garin, who enters his 16th Tour-level quarterfinals, moved to a 7-0 career record at River Oaks.


The No. 2 seed and top-ranked Fritz handled Alejandro Tabilo with ease 6-1, 6-4 to make his second quarterfinals appearance at River Oaks. Fritz, who won his first ATP Masters 1000 title in Indian Wells last month, was victorious in his first match on clay this season and has won nine of his last 10 ATP Tour matches.


Tiafoe battled his way through a grueling three-set match against former semifinalist Pablo Cuevas, clinching the third set tie-break and the match 5-7, 7-5, 7-6(4). Tiafoe will be making his first career quarterfinals appearance at River Oaks on Friday.


The singles quarterfinals begin at 12 noon on Friday. The singles matches on Stadium Court will be available to watch on ESPN3. Click here for the online links and the rest of the TV schedule.